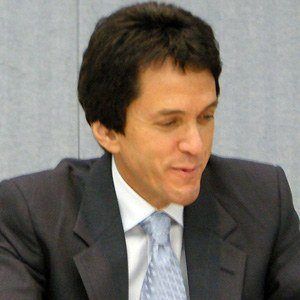 After graduating from Brandeis University, he went on to perform as a musician in nightclubs in the US and Europe for several years. He later attended Columbia University's graduate program in journalism and began his writing career as a freelance journalist for Sports Illustrated and other publications.

He is the author of the popular 2003 book, The Five People You Meet in Heaven.

He and his two siblings grew up in New Jersey and Upstate New York. In 1995, he married Janine Sabino.

He is an American best-selling author, much like Harold Robbins.

Mitch Albom Is A Member Of