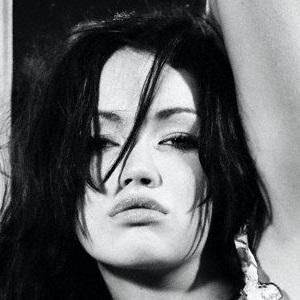 British model signed to multiple London agencies. She has been published in Maxim, FHM, Nuts, and Zoo since beginning her career.

Before she modeled, she was a trained ballet dancer. She began modeling at age fifteen.

She has expressed interest in competing on Celebrity Big Brother. Her favorite photographers are Omar Shaker and Steve Neeves.

Soon after making her name as a model, she was spotted by her to-be fiancé Jake Pitts, lead guitarist of the American rock band Black Veil Brides.

Ella Cole Is A Member Of