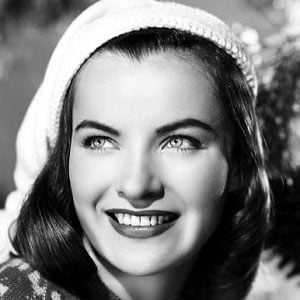 Remembered for her roles in Brute Force, Phantom Lady, Tall in the Saddle, and numerous other films of the 1940s and early 1950s, she is also notable for her lead role in the television series Janet Dean, Registered Nurse.

After studying theater at the University of Washington, she made her screen acting debut in the 1943 feature Corvette K-225.

Ten years prior to her death of cancer, she acted in her final film, a thriller titled The Man in the Road.

After the conclusion of a brief first marriage to Kenneth Trout, she raised daughters named Christina and Susan with her second husband, U.S. Air Force fighter pilot Robin Olds. She and Olds divorced in 1975 after nearly thirty years of marriage.

She appeared with George Sanders in the 1945 B-movie The Strange Affair of Uncle Harry.

Ella Raines Is A Member Of