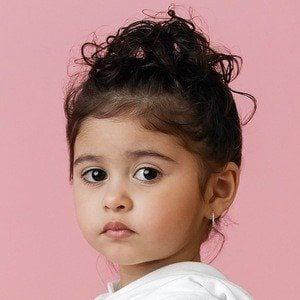 First child of basketball player Austin McBroom and fitness model Catherine Paiz. She joins them on their highly popular vlog channel, The ACE Family. Her mother runs her popular Instagram account, which is under the username elle. It features pictures of Elle in various different outfits, often alongside family members. The account has over 4.4 million followers.

Her father played guard for the Saint Louis University men's basketball team from 2011 to 2012.

Her father and mother started dating a year before her birth in 2015.

She was born in California. Her uncle is personal trainer and social media sensation Landon McBroom. She has a younger sister named Alaïa and a younger brother named Steel.

Her father played alongside Jrue Holiday on their high school state championship team.

Elle McBroom Is A Member Of