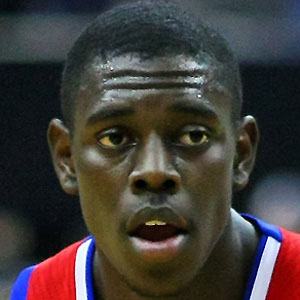 NBA point guard and shooting guard who began his career with the Philadelphia 76ers and was named to his first All-Star team in 2013; traded to the New Orleans Pelicans after the 2013 season.

He played alongside Darren Collison at UCLA for one season, but left for the NBA draft before his sophomore season.

He helped the 76ers reach the second round of the 2012 playoffs, where they were defeated by the Boston Celtics in 7 games.

He married Lauren Cheney, a midfielder for the USA Women's national soccer team, in 2013. They welcomed a daughter in 2016.

Doug Collins was his head coach on the 76ers.

Jrue Holiday Is A Member Of