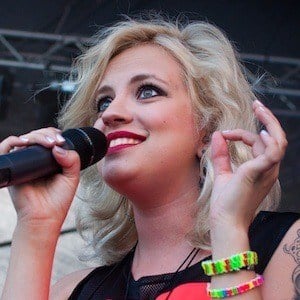 Most well known as the lead singer and bassist for the Finnish pop rock band Haloo Helsinki. The band's first five albums all made it to the top ten on the Finnish charts.

She joined Haloo Helsinki in 2006 after her bandmates, Leo Hakanen and Jere Marttila, had been looking for a lead singer. They would be connected through their future manager, Peter Kokljuschkin.

In 2013, Haloo Helsinki had four consecutive singles peak at #1 on the Finnish charts.

Her real name is Elisa Tiilikainen. Originally from Kallio, her family hails from eastern Finland.

In May 2017, she posted an Instagram photo with legendary punk singer Michael Monroe.

Elli Haloo Is A Member Of