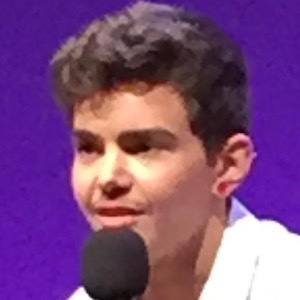 Transgender actor best known for his role as Noah on the MTV series Faking It; he would later earn recurring roles on Freeform's The Fosters and Showtime's Shameless.

He began performing on stage around the age of 10.

He came out as transgender to his parents in 2013, his senior year of high school.

He was born in Los Angeles to parents Julia Fletcher and John DeMita, who are both actors. He has been in a relationship with Danielle Williamson since 2016.

Elliot Fletcher Is A Member Of