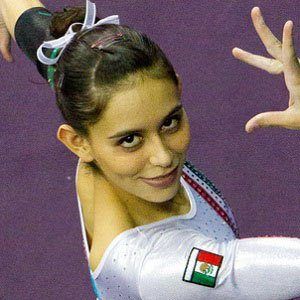 Mexican artist gymnast who won eight gold medals at the Central American and Caribbean Games from 2006 to 2014. She received the Longines Prize for Elegance at the 2009 World Artistic Gymanstics Championships and, in 2012, represented her home country at her first Olympic Games.

She was born in Monterrey, Nuevo Leon and began to earn international attention when she placed fifth at the American Cup in Philadelphia in 2006.

She gained internet fame in 2012 by performing her Olympic qualifying routine to the theme music from the video game franchise The Legend of Zelda, of which she is a fan.

She has a sister named Laura García Rodriguez Blancas.

She competed against Venzuela's Jessica Lopez at the 2014 Central American and Caribbean Games.

Elsa García Is A Member Of