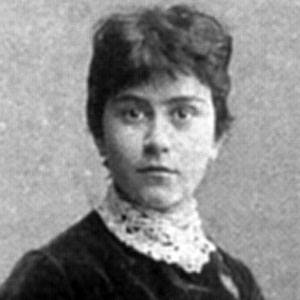 German-Jewish poet and playwright known for Meine Wunder and other expressionist works. Her best-known play, Die Wupper, was performed in Berlin in 1919.

She was born to Jeanette Kissing Schuler and Aaron Schuler, both of whom would reappear as characters in her writing.

She moved from her native Germany in response to Nazi threat. Eventually, she settled in Jerusalem.

She married Jonathan Berthold Lasker, a doctor, and had a son in 1899. Following her divorce, she married Georg Lewin.

She and Rainer Maria Rilke were both German Expressionist poets. Lasker-Schuler was one of the few women associated with the movement.

Else Lasker-Schuler Is A Member Of