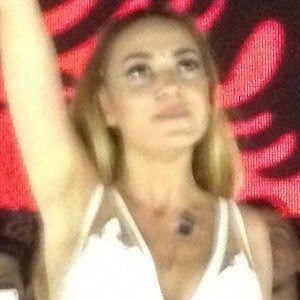 She started singing during her teenage years and began her ascent to fame in 2001, when she placed third at the Festival of Young Voices and subsequently appeared on a reality singing competition called Ethet.

She was the third season champion of the Albanian version of Dancing with the Stars.

She was born in Tirana, Albania.

She and Bleona Qereti both rose to fame in Albania as pop singers. Qereti earned the nickname of The Albanian Madonna and Gjata became known as The Albanian Diva.

Elvana Gjata Is A Member Of