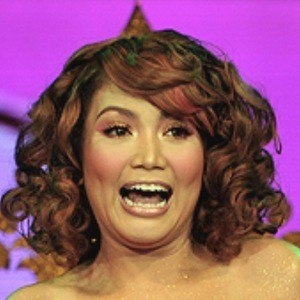 World music singer/songwriter whose third studio effort Talk This Eyes featured the hit singles "Your Achievement" and "Unable to Akalmu." She would go on to be nominated for the Anugerah Juara Lagu award in 2007.

She released her debut studio album One at the age of 15.

In 2009, she appeared on the television series Kamelia Katrina.

She has three sisters and she married Khairul Anuar Husin in 2010.

She listed Canadian rock singer Avril Lavigne as one of her inspirations.

Elyana Is A Member Of