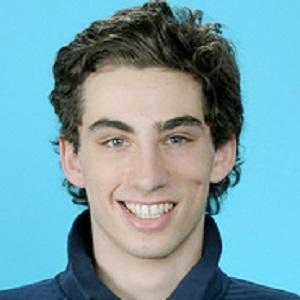 Speed skater who made his Olympic debut at the 2014 Winter Games in Sochi, when he was just 17-years old.

He was an avid hockey player as a kid, and first took up speed skating to help his hockey improve.

He won gold at the 2013 Junior World Championships, and has held multiple national records.

His parents are David and Marcia Lehman.

Despite primarily participating in speed skating, hockey, and lacrosse, he lists football and baseball star Bo Jackson as his greatest athletic inspiration.

Emery Lehman Is A Member Of