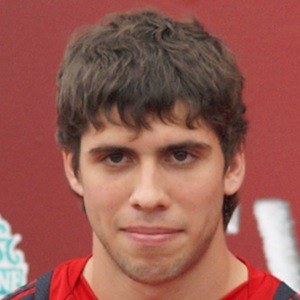 Defender who has gained fame for his international club career, including for the Premier League's Liverpool between 2007-2011. He signed with Germany's Bundesliga club VfB Stuttgart in 2015, who he led to the 2. Bundesliga title in 2017.

He began his youth soccer career for Pinocho. He later moved to Boca Juniors' youth academy, who he debuted with in 2007.

He helped lead Atletico Madrid to the La Liga title in 2014. He also helped the club finished as the UEFA Champions League runners-up in 2014.

He was originally born and raised in Buenos Aires, Argentina.

He has played alongside Lionel Messi for Argentina's national team.

Emiliano Insua Is A Member Of