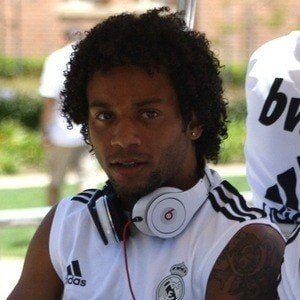 Left back widely known as simply Marcelo who was named to the FIFA/FIFPro World XI in 2012 and 2015 while playing for Real Madrid. He became a member of the Brazilian national team in 2006.

He played through Fluminense's youth system for three years before being promoted to the senior squad in 2005.

He won a silver medal with the Brazilian national team at the 2012 Olympics.

He married Clarice Alves in 2008. They have two sons named Enzo and Liam.

He became teammates with Cristiano Ronaldo on Real Madrid in 2009.

Marcelo Vieira Is A Member Of