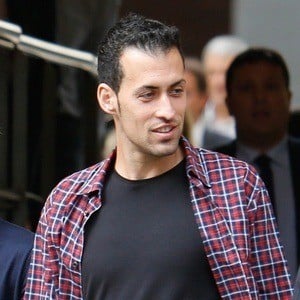 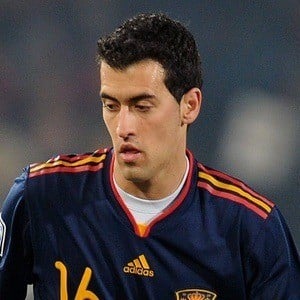 Defenseman who joined FC Barcelona in 2008 and won the La Liga award for Breakthrough Player of the Year in 2009. He joined the Spanish national team in 2009 and helped lead the team to its first ever World Cup championship in 2010.

He joined FC Barcelona's youth league in 2005, winning three major trophies and making himself an integral part of the team.

Despite strong competition from Yaya Toure, he established himself as one of La Liga's best midfielders, even contributing two goals in 2011-12.

He and his father both won a Champion's League title with Barcelona - just the third father-son combination to do so with any team. He had a son named Enzo in 2016 with Elena Galera.

He became teammates with goaltender Victor Valdes on Barcelona in 2008.

Sergio Busquets Is A Member Of