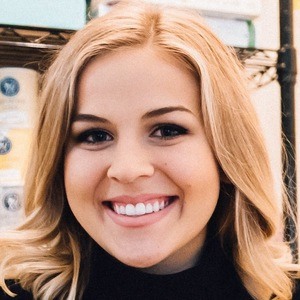 Healthy food blogger named Emilie Hebert who is known for posting both pictures and recipes to her blog emilieeats.com. She is known for her plant based dishes and their colorful compositions. She shares her food images with her over 60,000 Instagram followers as well.

She first began posting images to her blog in March of 2014.

She has published her own eBook called Vegan on a Budget and is also known for her sponsorship through Girlfriend Collective Leggings.

She was born and raised in Louisiana.

Other boggers known for posting a variety of vegan dishes and meals include Kristin MacDowell, Jane Reade, and Meg Josephson.

Emilie Eats Is A Member Of