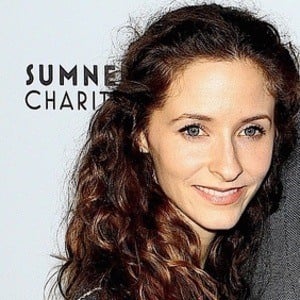 Rhythmic gymnast and three-time national champion who has represented Canada in the Olympics. She placed 17th in the all-around at the 2000 Olympics in Sydney. She has also acted and appeared in several commercials and music videos for her dancing talents.

She moved to Novogorsk, Russia at the age of 10 to pursue her rhythmic gymnastics career.

She performed at the Grammys alongside known artists Taylor Swift and Jennifer Lopez.

She's originally from Toronto, Ontario, and began dancing at the age of 2. She married actor Jeff Goldblum in 2014 and became his third wife. They have sons named Charlie and River.

She was featured in Justin Bieber's music video for his song "Beauty and the Beat."

Emilie Livingston Is A Member Of