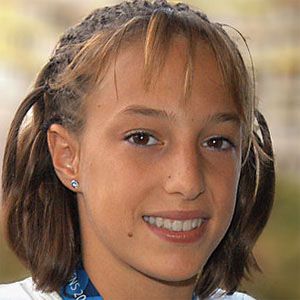 Gymnast who won a gold medal in the uneven bars at the 2004 Summer Olympics in Athens.

She was the French Junior National Champion in 2002.

At the 2005 European Championships she won gold in the uneven bars, and a bronze in the floor routine.

She was born in La Garenne-Colombes, Hauts-de-Seine, France.

In winning her Olympic gold, she defeated favorites Courtney Kupets and Svetlana Khorkina.

Emilie Le Pennec Is A Member Of