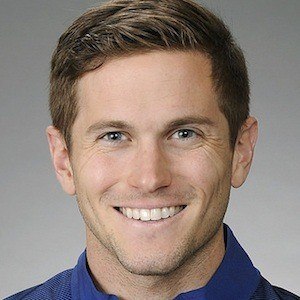 Trampoline gymnast who served as a US Olympic alternate in 2008 and 2012. He also won a gold at the 2014 Pan American Championships in Synchro and a bronze in trampoline.

He received his first trampoline when he was seven years old and soon after started taking lessons.

He has dyslexia and studied at The Prentice School, which specializes in teaching students with language-based learning differences. He's since spoken at and fundraised for the school.

His parents are named Jim and Nancy and he has three brothers.

He and Dakota Earnest were both Olympic Alternates at the 2012 Olympics.

Logan Dooley Is A Member Of