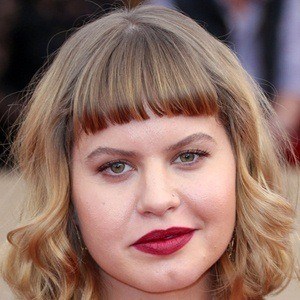 Actress who is widely known for her role as Mauren Kukudio on the Netflix original series Orange is the New Black. She debuted during the series' third season in 2015 and has since become a public activist for gender equality and mental illness.

She graduated from Western Kentucky University in 2009 with her B.F.A. in performing arts. Her first TV job was working on Orange is the New Black.

She guest starred on the TV series Togetherness as Natalie during its 2016 second season. She also starred in the 2017 thriller film The Strange Ones. She made her Broadway debut in the 2012 revival of Harvey.

She was originally born and raised in Kentucky.

She plays the love interest of the popular character Crazy Eyes, played by Uzo Aduba, on Orange is the New Black.

Emily Althaus Is A Member Of