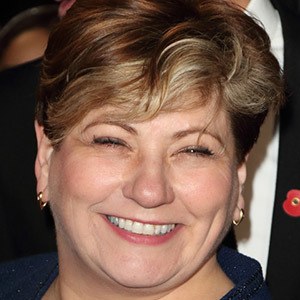 British Labour Party politician who became a Member of Parliament for Islington South and Finsbury in 2005. She went on to be named Shadow Secretary of State for Foreign and Commonwealth Affairs in 2016.

She studied law at the University of Kent at Canterbury in the early 1980s.

She was part of the Communities and Local Government Select Committee from 2005-10.

Her father Cedric was an attorney and her mother Sallie was a teacher. She married judge Christopher Nugee in 1991. They have one daughter and two sons.

She began serving as Shadow First Secretary of State in 2017 under Leader of the Labour Party Jeremy Corbyn.

Emily Thornberry Is A Member Of