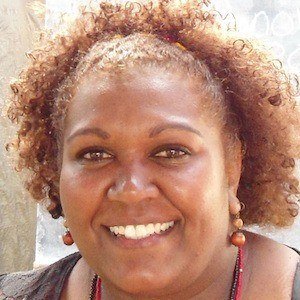 Indigenous Australian singer-songwriter who performed in her traditional Gumbayngirr language to educate listeners about her culture.

Her first formal music education came in Eora College for Performing Arts in NSW and from there, she began performing with several bands.

She was invited to join the Black Arm Band, a group that rereleased the songs of the Aboriginal resistance movement.

Born in the Sydney suburbs, she came from a father of Yamatji heritage and a Gumbainggir and Danggali mother.

Ernie Dingo, the star of Crocodile Dundee, was another prominent native Australian.

Emma Donovan Is A Member Of