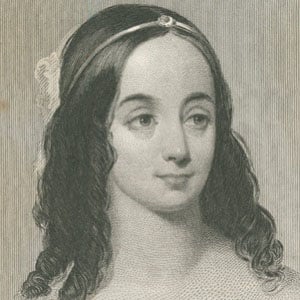 Remembered for several nineteenth-century works of fiction, non-fiction, and poetry, this American writer is perhaps most well known for Guido: A Tale (1828) and The Waldorf Family: or, Grandfather's Legend (1848).

During her teenage years, she penned numerous stories for the New York Mirror.

Poems of Emma C. Embury was published six years after the author's death.

The child of Elizabeth Post and James Manley, she spent her youth in New York City. Her marriage to banker Daniel Embury began in the late 1820s.

She and her literary contemporary Ann Stephens were the first two female editors of a Philadelphia-based publication titled Graham's Magazine.

Emma Embury Is A Member Of