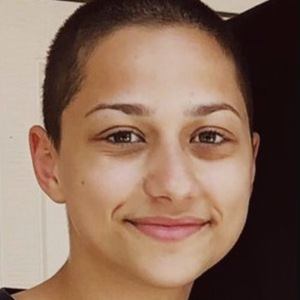 After the shooting, she went viral with a speech in which proclaimed "We call B.S." over and over. She focused on the lack of action by politicians who were funded by the NRA.

She served as the president of her high school's gay-straight alliance.

Her mom worked as a math tutor while her father was a cybersecurity attorney.

Fellow activist David Hogg documented her Project Aquila, a mission to send a weather balloon "to the edge of space."

Emma Gonzalez Is A Member Of