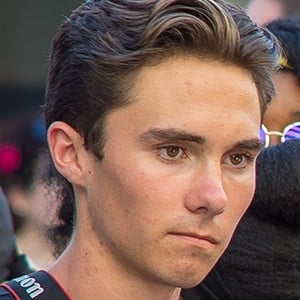 Political advocate for gun control and activist against gun violence who survived the Stoneman Douglas High School shooting on Valentine's Day 2018. He became one of twenty founding members of Never Again MSD, the gun control advocacy group led by students of the school.

Originally from Los Angeles, he moved with his family to Florida at the beginning of high school. He chose Stoneman Douglas due to their television production courses.

Be became a Teenlink reporter for the Sun Sentinel.

He and his sister Lauren appeared together on The Dr. Phil Show. His father Kevin served in the FBI while his mom Rebecca became a teacher for the Broward County Public Schools system.

He was featured alongside other gun control advocates Cameron Kasky, Jaclyn Corin, Emma Gonzalez and Alex Wind on the cover of an April 2018 edition of Time magazine.

David Hogg Is A Member Of