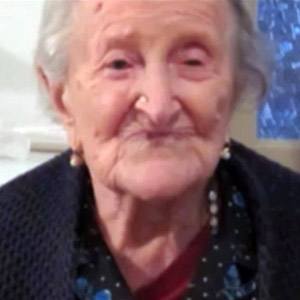 She grew up in a family as the oldest of eight children.

In 2011, she was awarded the Knight of Order of Merit of the Italian Republic by President Giorgio Napolitano.

Her only child died at just six months old in 1937.

She and Jeanne Calment both lived past 110 years of age.

Emma Morano Is A Member Of