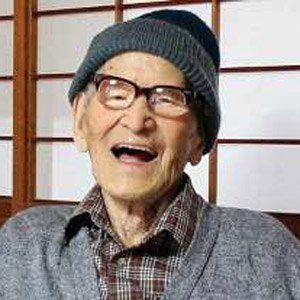 Became the world's oldest living person and the oldest Japanese man in history. He was 116 years and 54 days old when he died in June 2013.

He was a postman for more than four decades.

He became a Guinness World Record holder, which is also the case for the tallest man in the world, Robert Wadlow.

Jiroemon Kimura Is A Member Of