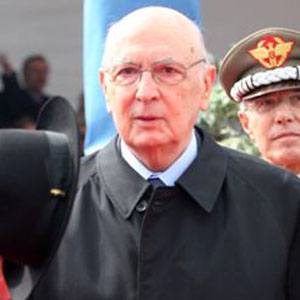 Italian politician who became the eleventh president of Italy in 2006. At that time, he was the only president in Italian history to ever be re-elected.

He was a member of the Italian resistance movement against the Nazis during World War II and entered politics after the war.

He was often referred to as Re Giorgio (King Giorgio) for the strength of his leadership.

He married Clio Maria Bittoni, and they had two children.

Silvio Berlusconi was the longest running Prime Minister under his leadership.

Giorgio Napolitano Is A Member Of