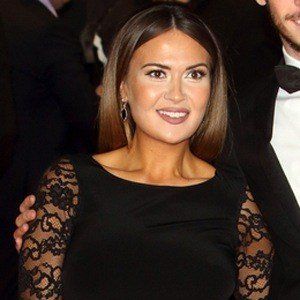 Best known as the wife of Welsh professional soccer player Gareth Bale. She isn't active on social media, but has appeared in pictures on Bale's Instagram account.

She and Gareth Bale are high school sweethearts.

She worked as a hairdresser.

She has four siblings. Her father Martin Rhys-Jones was imprisoned for wire fraud. She and Gareth Bale married in 2019. They have three children together named Alba, Axel and Nava.

Her sister Charlotte Rhys-Jones has a child with Taulupe Faletau.

Emma Rhys-Jones Is A Member Of