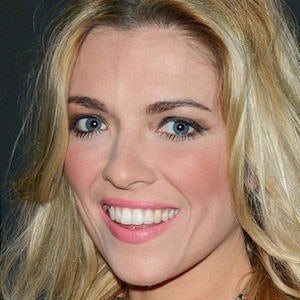 West End actress who was married to Ray Quinn from 2012 to 2015. She starred in the West End Version of Grease in 2008, where she met Quinn.

She studied at Laine Theatre Arts, where she graduated in 2005. She worked on Saturday Night Fever before moving to Los Angeles in 2008.

In 2009, she appeared in a West End Theater Special episode of the gameshow The Weakest Link.

She has a child named Harry Frank Quinn.

She appeared alongside Mike Dopud in an episode of the TV series Radio with No Windows in 2015.

Emma Stephens Is A Member Of