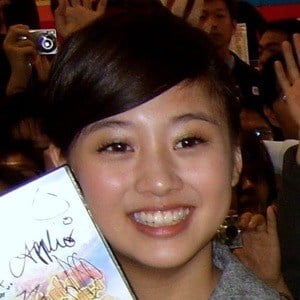 Pop singer and actress known as Gemma who signed with CJ E&M from March 2016 to 2017. Then she self-financed the release of "Knock Knock Knock" months later.

She had her singing debut as an original member of Blackie's Teenage Club in November 2005.

Her acting debut came in 2007 with the idol filled drama Brown Sugar Macchiato. She has over 700,000 followers on her gemma_811 Instagram account.

She is the only child of divorced parents.

She and Alec Su have both worked as pop singing Taiwanese idols.

Emma Wu Is A Member Of