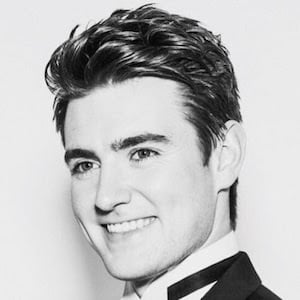 Best known as being a singer for the Irish Tenors world singing group. In 2013, he was voted Tenor of the Year by The Irish Music Association in the US.

He received a 5 year Schola Cantorum to his secondary school to study classical singing. He subsequently received further classical training from the Royal Irish Academy of Music.

He joined Celtic Thunder shortly following his graduation from the Royal Irish Academy of Music in 2010. He has toured both as a member of the group and as a solo artist since. In 2015, he contributed to the album Mythology by Celtic Thunder.

He was born and raised in Ireland. He has a sister named Laura.

He has performed alongside Keith Harkin as a member of Celtic Thunder.

Emmet Cahill Is A Member Of