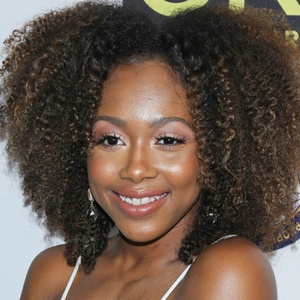 Most Popular#72998
Actress Born in Louisiana#34

Film and television star who rose to fame as a teen making her debut as Sheila Peterson in the 2015 comedy Vacation. She then went on to join the cast of the Amazon series The Kicks.

Her appearance in Vacation alongside Ed Helms and Skyler Gisondo was her first screen acting credit.

In 2016, she appeared as Teen Miss Kizzy in the historical miniseries Roots.

Her father's name is Cleavon Crutchfield.

In Amazon's The Kicks, she stars alongside Sixx Orange, Isabella Acres, and Gabe Eggerling.

Most Popular#72998
Actress Born in Louisiana#34

Emyri Crutchfield Is A Member Of