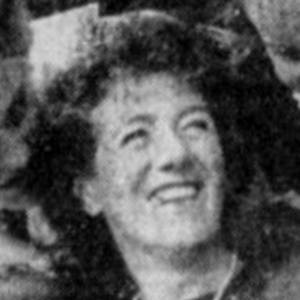 Exclusively a children's author, her books sold more than 600 million copies worldwide. She is best known for such book series as The Famous Five and The Secret Seven.

She showed a youthful talent for piano, but she gave up her interest in music to prepare for a career in teaching. After graduating from Ipswich High School, she taught for several years and simultaneously wrote stories and poems.

She published roughly 800 children's books over the course of her forty-year career.

She and her two younger brothers were the children of Theresa and Thomas Blyton. She was married twice-- to Hugh Alexander Pollock and, following their divorce, to Kenneth Waters-- and she had two daughters.

Her life was the subject of the 2009 BBC film Enid. She was portrayed in the film by actress Helena Bonham Carter.

Enid Blyton Is A Member Of