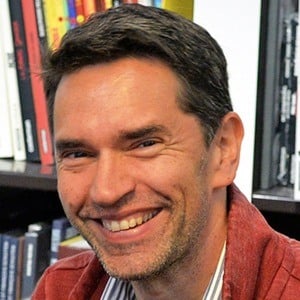 Comic artist who is famous for having drawn the hugely popular French sci-fi comic series Gipsy between 1993-2002. He has also lent his illustration talent to the French-Belgian comic series Le Scorpion between 2000-2014.

He earned his graphic arts degree from the Basel Academy of Fine Arts.

He illustrated the popular 2017 DC comics series Batman: The Dark Prince Charming for his American comic debut. He previously drew for the popular The Eagles of Rome comic series.

He was born and raised in Switzerland.

He and Jim Lee are both famous comic book artists known for their brand of Batman graphic novel artwork.

Enrico Marini Is A Member Of