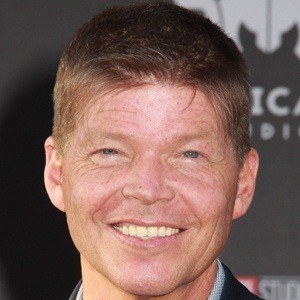 Comic book artist and writer most widely known for his work on Marvel's The New Mutants and later X-Force. Then, in 1992, he would found Image Comics which would become home to his original series Youngblood.

A comic book lover from an early age, he began training himself to draw by tracing comics. He would later take art courses in high school and junior college.

An early artist and writer on Deadpool, he made a cameo in the 2016 feature film based on the hit comic series.

His father was a Baptist minister and his mother was a part-time secretary. He and his sister grew up Anaheim, California.

He co-founded Image Comics alongside numerous other renowned artists like Todd McFarlane and Jim Lee.

Rob Liefeld Is A Member Of