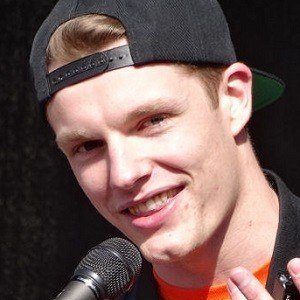 YouTube phenomenon well known for his self-titled channel where he publishes a video blog as well as Minecraft videos.

He is from Assen, Netherlands. His brother Milan also became a popular YouTuber. He previously dated Dee Van der Zeeuw.

He and Nikkie De Jager are both popular Dutch YouTubers.

Enzo Knol Is A Member Of