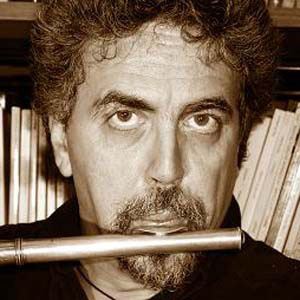 Composer, jazz saxophonist, and flautist who worked with the Linea d'Ombra research team, as well as the Aladin Association.

He composed and performed in "L’Orologio Federico" in 1999.

He was born and raised in a province of Napeles called San Giorgio a Cremano.

He performed at a showcase of Federico Fellini's work.

Enzo Nini Is A Member Of