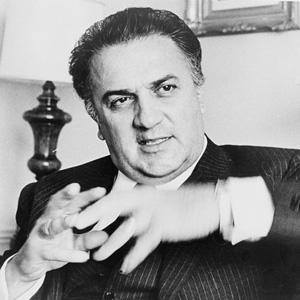 Growing up, he developed a passion for drawing and staging puppet shows.

His third feature, 1953's I Vitelloni, earned him international attention. The film received the Venice Film Festival Silver Lion Award as well as an Academy Award nomination for Best Writing.

He was married to La Strada and Nights of Cabiria actress on October 30, 1943. They had one child together and remained married until Fellini's death.

Federico Fellini Is A Member Of