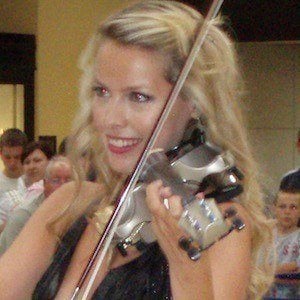 Welsh violinist known for being a founding member and second violin of the string quartet Bond. She'd previously performed with various pop groups and rock musicians.

She attended the Royal College of Music where she graduated with honors.

Her more commercial work includes writing and recording music for films and TV, as well as training Benedict Cumberbatch for an episode of Sherlock.

She grew up in Cardiff, Wales and married Jerry Chater.

Paul McCartney is included among the musicians she's worked with.

Eos Counsell Is A Member Of