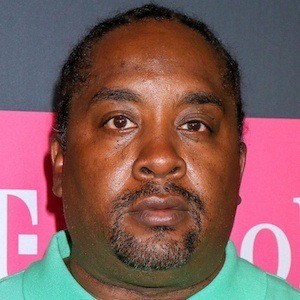 One half of the late 80s acclaimed hip hop duo Eric B. & Rakim. Before he and Rakim split to pursue solo careers, their albums were recognized as some of the most influential in hip hop history.

Throughout high school, he played both the trumpet and the drums and eventually delved into turntables shortly before graduation.

Eric B. & Rakim's debut album Paid in Full was created with the help of both Marley Marl and MC Shan.

His full name is Eric Barrier. He was raised in Elmhurst, Queens.

In 1989, Eric B. & Rakim collaborated with Jody Watley to produce the hit single "Friends."

Eric B Is A Member Of