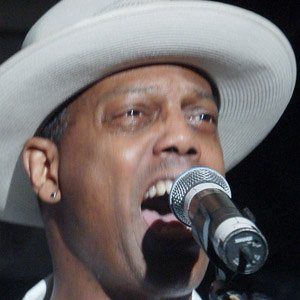 Innovative acoustic blues singer-songwriter who grew up surrounded by such family friends as Pete Seeger and Paul Robeson.

He received his first steel-string acoustic guitar when he was seven years old. He studied psychology and Russian at Columbia University.

He was nominated for a Grammy for Shakin' a Tailfeather and received numerous W.C. Handy Awards nominations.

He married his manager Sari Matinlassi-Bibb in 2011.

He met Bob Dylan at a young age who told him to keep his technique simple and to avoid incorporating flights of fancy into the playing.

Eric Bibb Is A Member Of