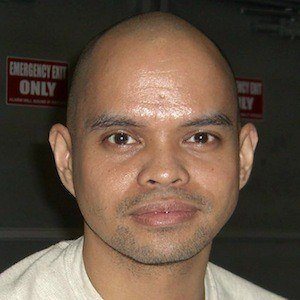 Illustrator and comic book author who has contributed to the comic book Iron Man: Enter the Mandarin, the series TRON: Uprising, and the video game League of Legends. He has since cowritten the comic series RUNLOVEKILL.

One of his earliest jobs was as a background designer for the series Æon Flux. He later worked on Men in Black: The Series, Godzilla: The Series, and Ben 10: Alien Force.

Popular on social media, he livestreams his artwork on Twitch and has earned more than 180,000 followers posting his work to Instagram.

He worked as a storyboard artist on TRON: Uprising, a series created by Steven Lisberger and Bonnie Macbird.

Eric Canete Is A Member Of