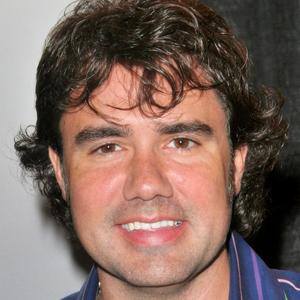 American country music singer who made his debut in 2000 with a cover of the song "Flowers on the Wall." He has released other Top 100 hits, including "Swimming in Champagne."

He wrote his first song when he was eight years old and played guitar in many bands when he was a teenager before moving to Nashville.

His song "Unforgettable" was featured in an episode of the popular television series Grey's Anatomy.

He married a Tootsie's waitress in 1999.

Eric Heatherly Is A Member Of