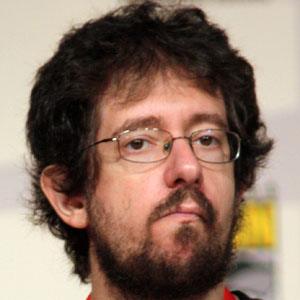 Known for his work on such popular series as The Big Bang Theory and Malcolm in the Middle, this television producer and writer also worked as a story editor for the first season of the animated series Futurama.

After graduating from Harvard University and before beginning his television writing career, he briefly taught English in Thailand and then attended graduate school in philosophy at both the University of California, Berkeley and Columbia University.

He penned "The Saga of Carl," a 2013 episode of the popular animated series The Simpsons.

He was born in Brooklyn, New York, to a high school teacher mother and a lawyer father.

He began his entertainment career by joining the writing staff of The Late Show with David Letterman.

Eric Kaplan Is A Member Of