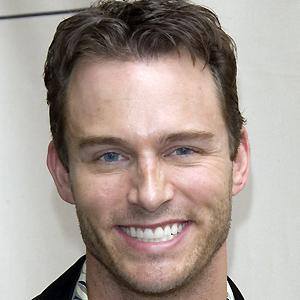 Soap opera veteran best known for his role as Brady Black on the soap opera Days of Our Lives. He also starred in Miss Behave.

He worked as a model, cruise ship singer, radio broadcaster, and singer/dancer at Hersheypark.

He is also known to daytime TV fans as Ethan Winthrop in the soap opera, Passions.

He married Lisa Kouchak in 2003 and the couple has two children.

He had a guest role on the television series, Smallville with Tom Welling in 2011.

Eric Martsolf Is A Member Of

To The Beat!
Days of Our Lives
50 Year Olds
Soap Opera Actors