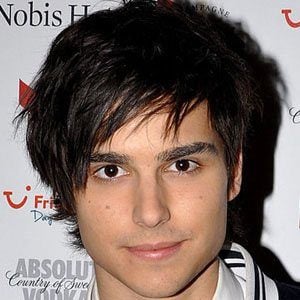 Swedish pop singer who released the platinum-selling Saade Vol. 1 and Saade Vol. 2 in 2011.

He signed his first record deal at age fifteen and performed with the boyband What's Up! from 2007 to 2009.

He is best known for his single "Popular."

He cited Robbie Williams as one of his strongest influences.

Eric Saade Is A Member Of