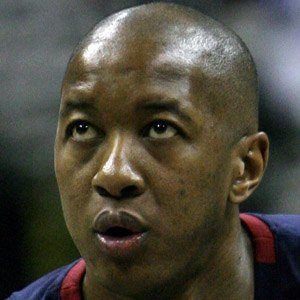 Former NBA point guard who played for the Seattle SuperSonics, Philadelphia 76ers, and Cleveland Cavaliers during his 15-year career. He was named to the NBA All-Defensive Team in 2003.

He was known as a first-class sportsman and role model, winning the NBA Sportsmanship Award as well as the J. Walter Kennedy Citizenship Award.

His older brother is NFL linebacker Percy Snow. He was married to DeShawn Snow for twelve years.

He was co-captain of the Cleveland Cavaliers with LeBron James during the 2007-2008 season.

Eric Snow Is A Member Of