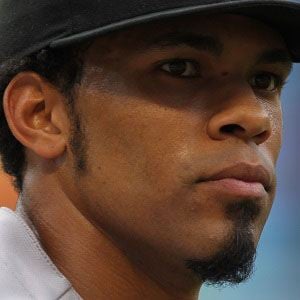 Outfielder who made his MLB debut in 2010 with the Toronto Blue Jays and joined the Seattle Mariners in 2012. In 2016, he signed a contract with the Milwaukee Brewers and became their starting first baseman for the 2017 season.

He appeared on the Korean television show King of Mask Singer and sang "Isn't She Lovely."

He was born in Santa Clara, California.

Reliever Jon Rauch was his teammate on the Blue Jays.

Eric Thames Is A Member Of