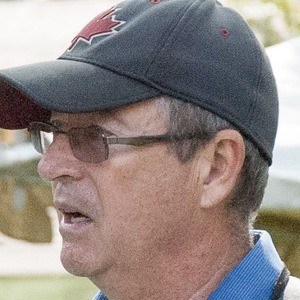 Children and young adult author who has published over 80 works in his career, winning more than 100 awards in Canada and the United States.

He began his professional career as a grade school teacher. In 1993, while teaching a 5th grade class, he published a novel tailored to his class to encourage further reading. This novel, Stand Your Ground, began his writing career.

In 2013, he received the Children's Africana Book Award for his novel The Matatu. He was presented the award at a ceremony at the Smithsonian museum in Washington, D.C.

He was born and raised in Toronto, Canada. He has three children.

He and Dav Pilkey are both known for their acclaimed work for children.

Eric Walters Is A Member Of